So, where was I? Ah yes.
Cleggy was an unusually long time putting the ladies away, turns out he couldn't find Gladys. There was no sign of a fox, no feathers, no chicken legs in the air....so we went to bed perplexed. The next morning he's straight back down there to hunt some more - but alas, still no sign.
Until....he spies tail feathers peeping out the duck pond. Yep, Gladys, bottom of the pecking order, therefore chief duck worrier, had fallen fowl(!)of her own antics! She had chased the poor ducks once too often and fallen in (or was pushed!) and drowned.
Tis fair to say that she had a hard life as a battery hen, then a much nicer life once our posh ladies had learned to tolerate her and her plain feathers. Here's a new before and after picture in memory of our last beautiful rescue chicken:

We'll miss her - not least because she was the only decent layer. The Orpington Ladies are very pretty but they don't pay their way!
The demise of Gladys means we're down to 3 chickens and 4 ducks - enough for any suburban home farm.....I have a feeling Cleggy feels otherwise.
Now, I must apologise to all my blogging pals (and my real life friends for that matter!) as I've been unbelievably busy recently and haven't visited my usual blog haunts. I'm hoping for a good old read over the weekend.
Until then here are some more makes
(as if to prove how busy I've been!)
A big treasure box for Keeley (hope it helps Jenni...) 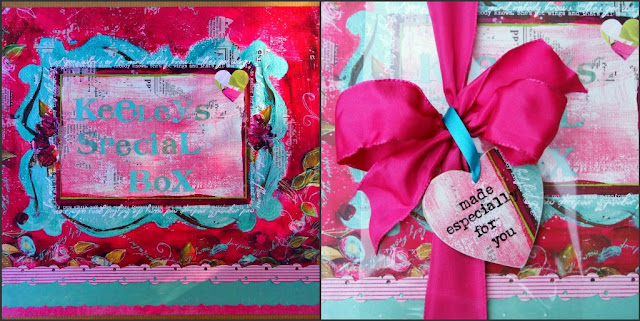 Some blocks for a special pal 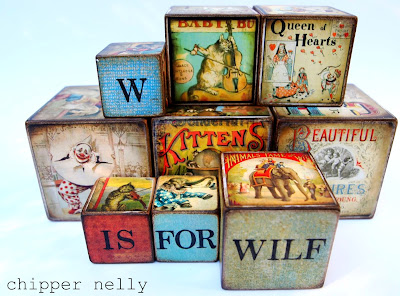 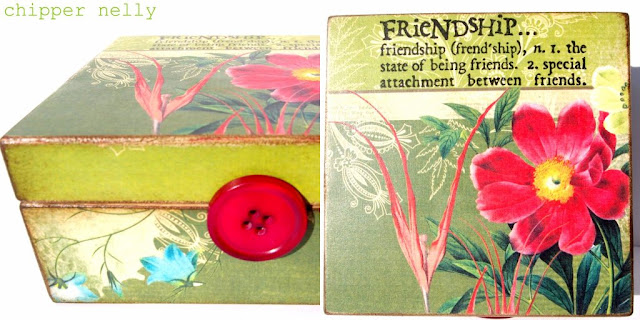 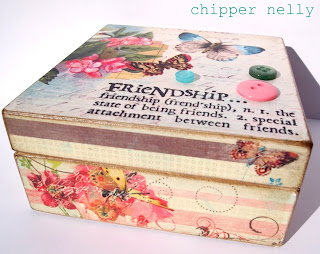 And finally, another friend asked if I could make her some alphabet blocks - 15 of them, so she could make various words and phrases. 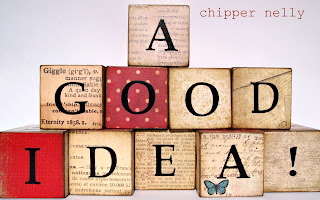 I was delighted (until I realised that meant 90 letters - and since I draw them it became a long job!). Anyway - they worked really nicely - and I had too much fun playing with different ideas...(need to get out more) 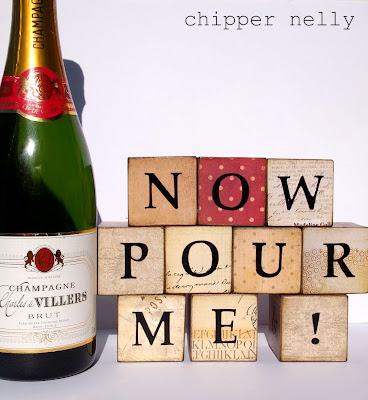 I love the clarity of the hand drawn letters but am going to have to look into large letter stamps or finally getting a vinyl cutter. 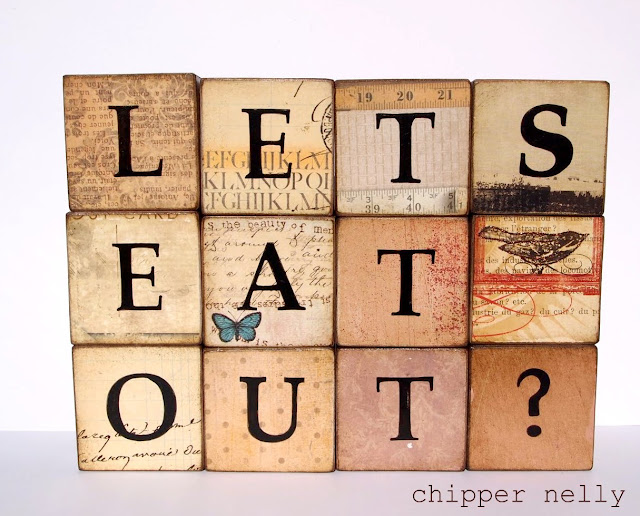 This next one was for my mantelpiece - anyone watch the latest episode of (Cleggy house fave) Modern Family??? Lots of v annoying knowing looks around here during the episode where Claire (my hero) is right.

I just know how much pleasure he'll have in the fact that the 'S' is upside down....ahhh, the irony.
fee x