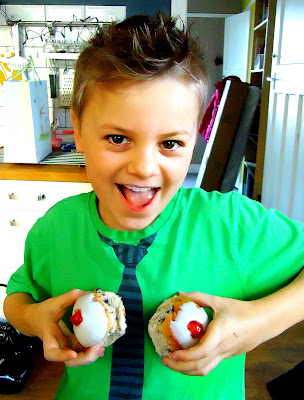 About 9 years ago our gorgeous boy Kenzie went into hospital to have a routine operation to remove a polyp from his left ear.

It turned out to be a tumour.

Our lives were turned upside down in an instant and we entered a world we never knew existed...

After investigation the doctors discovered not one but many tumours - all over his skull.

Kenzie had 6 months of intensive chemotherapy and the following year was given the all clear. We had big party (and another baby!)

Then it came back.

And this time the doctors discovered it was not only in his bones but also in his pituitary gland, bone marrow and possibly elsewhere.

Kenzie then had 12 (long) months of chemotherapy and spent many (many!) weeks in and out of hospital, missing his first year of school.


9 years later, I feel able to say he is well! He's one of the kindest boys you could meet. And SO funny. We love him very much.

When he was 2 we were told his odds of survial were 50/50 and it felt like the end of the world. I now know how lucky we were.

I know others are not so lucky, and I know some people reading this know someone who is going through the nightmare, or is living it themselves. My thoughts really are with you - and although there's nothing else I can do to help I hope that picture of our happy boy with his cherry buns makes you smile.

Tomorrow Kenzie is going into hospital for a routine operation... to patch up the hole in his left ear. 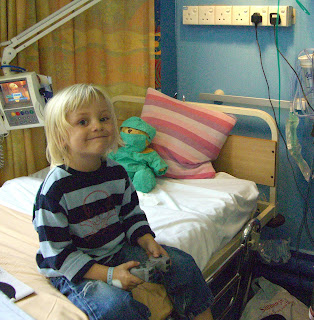