A lovely girls day out!

After a fairly rubbish day yesterday (not often said...) today was much more fun. Mum, Nelly and I had a very productive little trip out today - with Mabel tagging along for good measure.
I'd forgotten how much 2 week old babies sleep, which is probably just as well, as the mummies of 2 week old babies are fairly exhausted.
It made me chuckle that my very in control, feisty, super strong sister is in a power battle with said 2 week old...we practised a "I'm in charge" mantra in the car on the way home.
That said, I had a fair few battles with my own first born (now 11) today, who not only clearly believes he is in charge, but that he will continue to play psychological warfare with my tired head until I relent! 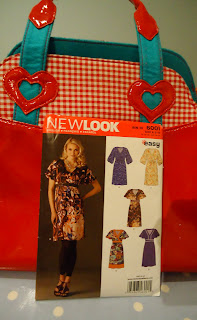 Anyway, armed with my first sewing pattern ..... (notice it's described as 'easy' so how hard can it be???!) we had a good mooch around Leons (Fabric Warehouse in Chorlton, Manchester) and all bought our required amounts.
Maths for me is not a mere weakness, it's a disorder! As soon as Mum started talking about converting yards to metres and lengths and pattern repeats my shutters were down and all I could hear was blah blah blah.
Mum had advised that I look for a cheaper cotton fabric for ease of sewing and also so I could afford to make mistakes. I tried to be drawn to such fabrics but my eye continued to find Liberty!
In the end I chose this one: 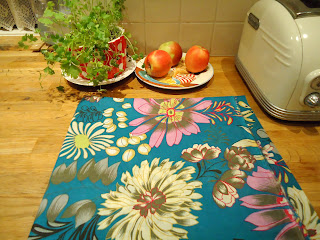 and with much help managed to work out how much I needed. It cost £4.95 p/m which I think is quite reasonable?
The very patient lady (Gisella?)in Leons thought it amusing that I was planning to make a dress as my first project...and, buoyed by a girls trip out, I boldly exclaimed that I would be back to buy more fabric from her lovely shop this time next week.....WEARING the dress in question. WHY do I say these things?
(it's this annoying habit of making such bold statments that is the reason I'm making clothes rather than popping in to Primark to buy 3 dresses for the same price as the fabric!!!)


After a coffee and cake (not for me....currently fighting carb addiction!) from the marvelous Barbakan Delicatessen we picked up my boys who were delighted to see little cousin Mabel and insisted on an impromtu 'show and tell' with their very patient respective teachers.
Fortunatly I remembered that I still had a days work to do and managed to squeeze in some glueing, posting and finishing new home gift for friend Emma, who is a massive Cath Kidston fan. 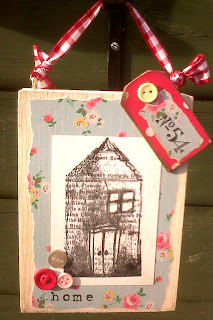