I'm try not to let a little rain spoil my plans but it's literally been throwing it down in buckets all morning. Poor Gladys (who has never experienced rain...) was in a total flap and literally running round trying to get away from it! The Orpington ladies sneered, then smugly went under their coop to protect their beautiful plumage.
It's been interesting to work out the personalities of the new girls but so far Gladys is much nosier and highly strung. Muriel is docile and very complient, she even purrs when you pick her up to put her inside at night time. We've built them a temporary rain shelter until they go in with the ladies - and they seem to spend alot of time hiding under there. 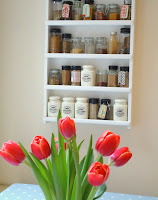 Anyway, these beautiful tulips (Co-op, £3!) cheered me up and reminded me that spring is on it's way (again, but I need alot of reminding lest the winter blues come back!) 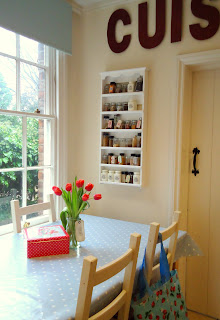 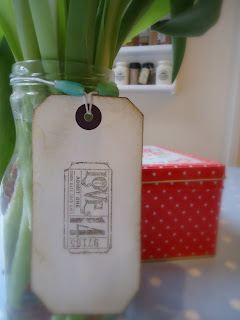 I also decided that with less than ten days to go that this years Valentines day tea towel should be unveiled.... 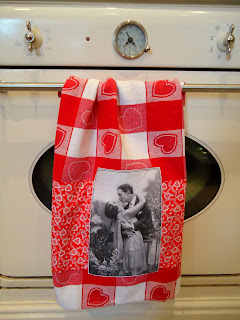 ...now,  this is where I would benefit from some girls running around. Two of my boys looked at me like I was crazy and the smallest one made sick noises - seemingly his instinctive reaction to anyone kissing!!!