There is a serious lack of Elves in the chipper nelly workshop!
(oh for some Elves....)
It's been a busy old time - here's a brief rundown of the last couple of weeks...the nice bits anyway!
Firstly, you remember the lady from Ladybird who ordered the single '!' block (see here)?
Well, she got back in touch to say that the people at Ladybird liked said blocks and would I like to begin discussions to acquire a licence to sell them legitimately!!
I'm sure it will be way too expensive but it's exciting none the less... 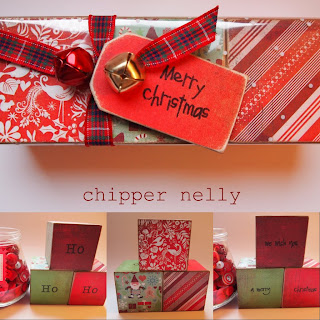 I have been in the workshop day and night of late - my biggest seller this year has been three little blocks that spell 'joy'. I now loathe them, and the irony is not lost on me!
To keep my spirits high I've eaten my body weight in mince pies and bought some new music for the ipod (not sure Kate Bush's '50 words for snow' was a good choice for spirits...!) and am only a few days away from starting on the snowballs immediately after the final school run of the day! 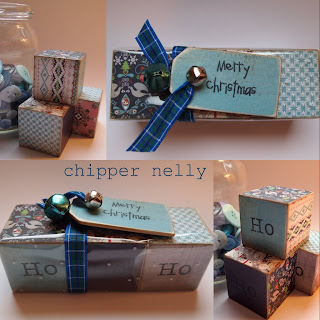 Cleggy and the boys made lots of produce for Christmas hampers earlier in the year - so we have been wrapping and making up baskets for the rellies we don't see at Christmas.
This year there is Windfall Chutney, Chilli Jam and Elderberry Balsamic Vinegar - yum! 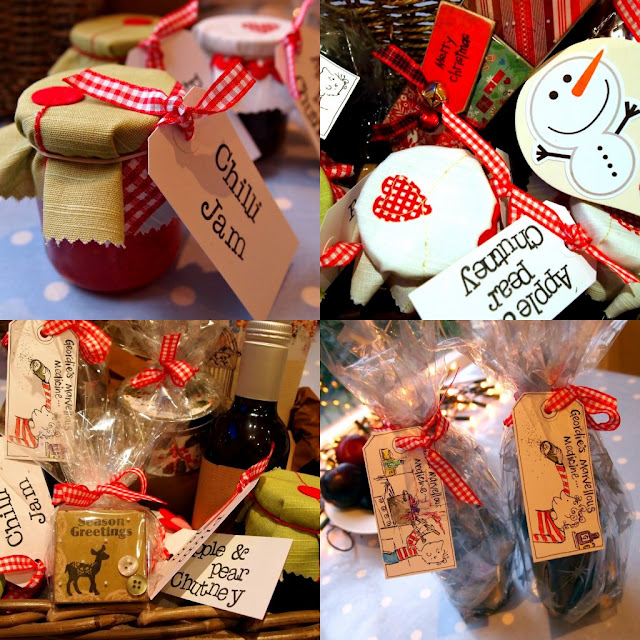 I've caught up with some lovely friends, where I ate my body weight in dough balls! 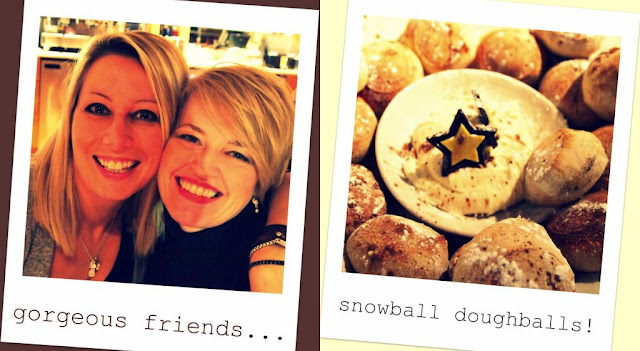 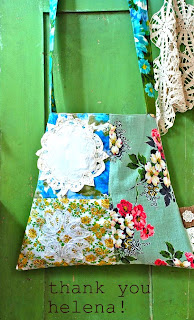 ...and won a fab giveaway  Not only an amazing bag, but some homemade soap and vintage buttons, all beautifully wrapped, of course...
(thank you again Helena - your gift, and your blog Blondie Blu are both wonderful!). 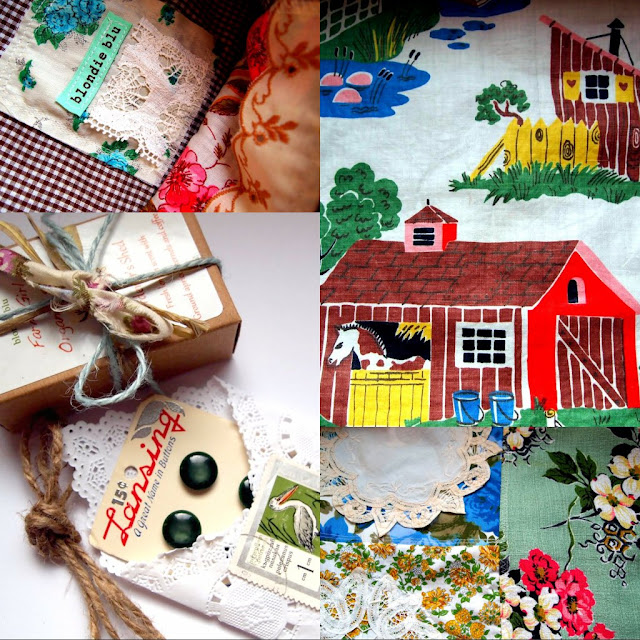 Of course, there have been plenty of festive shenanigans around these parts. For the last few years we have swapped a regular advent calendar for our rusty buckets. Each bucket contains a challenge, a quiz or a treasure hunt, sometimes leading to a treat, sometimes a trip, sometimes an activity. 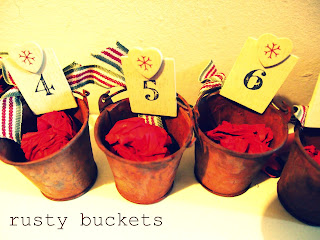 This year, just before advent began, the boys chose to play a trick on Cleggy, and thought it would be funny to make him (inadvertently) eat 'stop and grow'. It was funny (come on Cleggy...you did laugh, eventually) but it has backfired so this year we have the
Rusty Buckets of Revenge 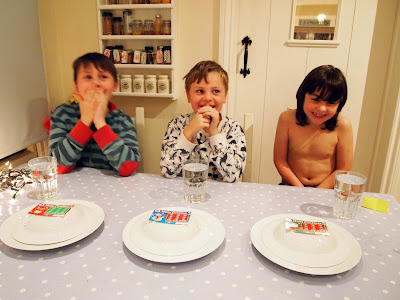 Now, if you are at all squeamish it might be wise to stop reading now. The first act of revenge was in the style of a bush tucker trial.
The boys had a series of things to eat, including dried meal worms and actual crickets. All bought from the local pet shop. Cleggy assures me that he checked it was ok to eat them, and if you think otherwise, PLEASE don't tell me..It's too late!

Being boys, they all ate every bit! Alfie even picked a cricket leg out of his teeth later on while watching TV. Lovely. 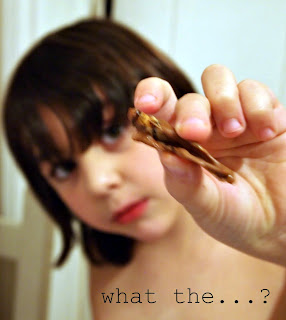 Today was a face full of swamp. Cleggy enjoyed himself far too much making a vat of gloop - which seemingly included leaves, mud, coffee granules, pasta, yogurt and flour. He added some bicarbonate of soda just before serving for extra fizz.
The boys had to dunk for pegs which had clues on - all sounded like fun until I pointed out that the amount of red food colouring would leave their little faces looking like they had a nasty disease! (it didn't stop them - but we did have to have a cloth handy. Kenzie still has a red nose - how appropriate!)

Hours of fun...and no one is enjoying it more than Cleggy!
I'm pleased to report that Ned is doing fine in the workshop fridge - I've opened the door each day for oxygen and weighed his box, to make sure he isn't losing too much weight. So far so good.
Finally, we also have some new additions at the very bottom of the garden!
Our friends Alison and Richard wanted to re home their last two chickens - so they moved in with the posh Orpington Ladies this afternoon. 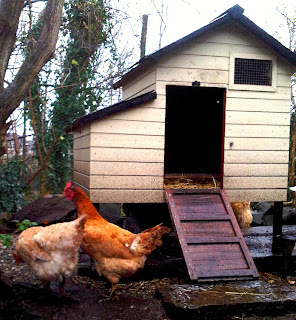 Obviously, there's a new pecking order to be established...and when Cleggy went down to close the coop door tonight it became clear that someone is definitely bottom of the rung: 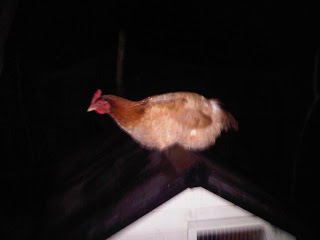 Don't worry Alison - Cleggy managed to get her into the coop!
More chicken antics to keep us all entertained.
My shop closes tomorrow (hooray!!) so once all the orders and commissions are safely posted I'm looking forward to a bit more time with friends - both real life and blogging.
Until then...fee x
Posted by fee @ chipper nelly at 20:54