Random weekend round up

My weekend started perfectly when I caught up with Hannah and Cameron - my (some kind of) cousins from down south. Cam is 13, super cool, and building a successful career as a model - so far he has contracts with Ping, Clarks and M+S (good start eh?) and was up here for a shoot. Hannah is preparing to move to Australia in a couple of months with her Ozzie partner Wade. They are getting married next year - so if anyone has any recommendations for good wedding blogs then let me know! It was lovely to catch up with them both.
Along with their sister Chloe they are an absolute credit to their Mum - who sadly died last year. I love spending time with them and wish they all lived closer.
We spent the rest of the weekend pottering in the garden - whenever it was dry. 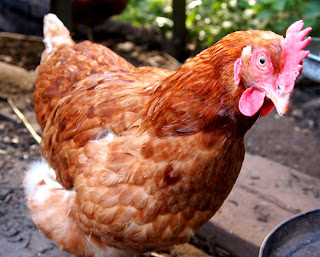 The ducklings are happily settled in with the chickens - although I wouldn't go as far as to say friends! Night times are a little tricksy...unlike the chickens, who put themselves to bed, the ducklings are a nightmare to catch. Cleggy was spending an hour a night chasing them round the garden, but now leaves them out. 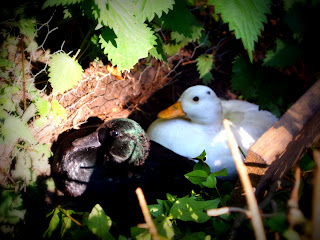 There are foxes around but so far they don't seem to have attempted to get over the fence. It was built to be fox proof, and one of the things that is supposed to put foxes off is weeing around the perimeter. As you can imagine, we have no shortage of offers to help with this!!!


Cleggy is currently building a pond for the ducks (who were supposed to be temporary residents...mmmm!) more pictures on his progress to follow.
All the feathered friends are great fun to watch - especially the rescue chickens. Today Gladys discovered a pepper for the first time:
Today we somehow ended up with a boy free afternoon - and took ourselves off to an interesting place called Willowpool in Lymn. 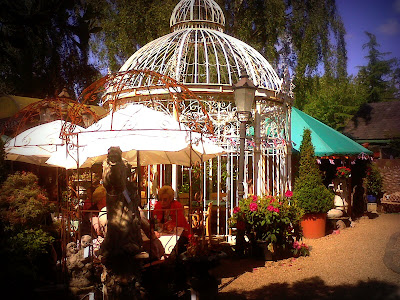 Its a kind of reclamation yard come antique shop come garden centre with loads to look at as you mooch around. 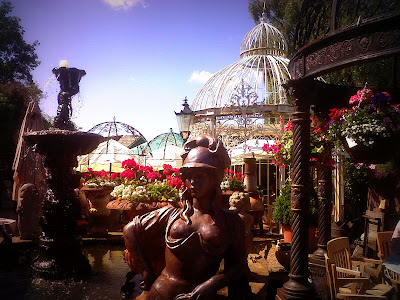 But to be honest our main reason for visiting was the cafe! Part of it is inside and the rest is spread outside, in vintage circus tents, under gazeebos, in little rooms made of old furniture and in these little willow huts... 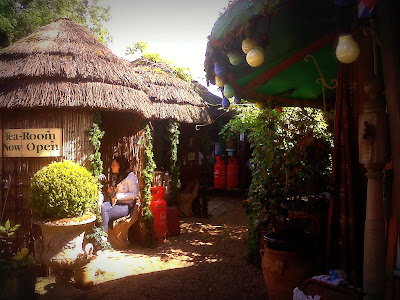 It really is quite quirky - and they do amazing cake! 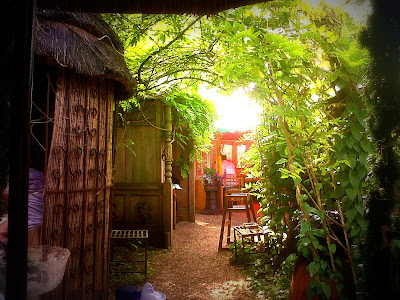 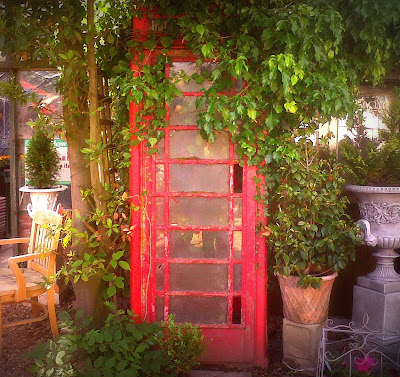 Meanwhile Geordie had been at a science party where, amoung other things, he made his own slime. How much do you not want this in your house?

As it was fathers day we made Cleggy's favourites for dinner - Jamie Oliver's slow cooked, spiced lamb shanks (recipe here)


and for pudding white chocolate and strawberry cheesecake - which I saw someone making on 'Lorraine'!

The biscuit base was with ginger and lemon - and man it was
gooo - ood (Recipe here).

Happy fathers day Cleggy - we all love you very much.

Speaking of himself - I've been nagging him to move Bertha (the transvestite mannequin)from the utility room as she has given me so many frights - especially since he's been away half of the week (and I'm such a feardy)
Walking into our bedroom to find THIS... 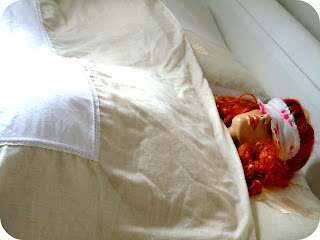 ...was abso bloody lutely hilarious. Yet another big fright and a laugh for all at my expense! (what kind of sicko goes to such effort - pillow body and everything?)
And now it's sunday night already - how does that happen? As I started writing this post the sun was just about peeping through the trees - and the dancing shadows playing on the hall walls were really beautiful - it was like being under water.
Obviously it doesn't translate well on a photograph - but here's my best effort at sharing...