I missed my friend Julie's 40th Birthday and want to wish her lots of love for another new decade! only 21 days until it's mine...feel a list of 'things to do before you're 40' is in order - but worried it would have to include things like 'hoover the bedrooms' if there was any ticking off to be done!!

♥♥
I managed to stay out of the workshop on Saturday and actually DO something on the 'main' list...
finding the dining room! 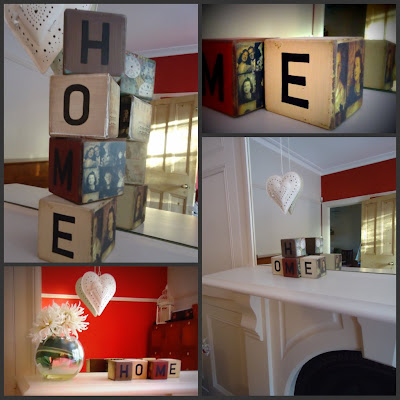 Because we generally eat in the kitchen it has become the dumping ground for absolutely everything and I can rarely find the table. Then it gets a 'big tidy' and stays nice for a week - tops!
It's also one of the rooms we haven't touched since we moved in here almost 2 years ago - and really needs making ours. With this in mind (as opposed to the washing/ironing/dishes) I made some new home blocks for the mantlepiece this afternoon.
♥♥♥
Geordie Boy finally decided how to spend his birthday money and bought his first bike.
As he's boy #3 he gets plenty of handmedowns
so it was lovely for him to get something new.
He's quite a feardy is GB so insisted on wearing his helmet, even on the grass in the garden.
I'm pleased to say he also gave his outfit some thought and insited on wearing his necklace. There's hope!!! 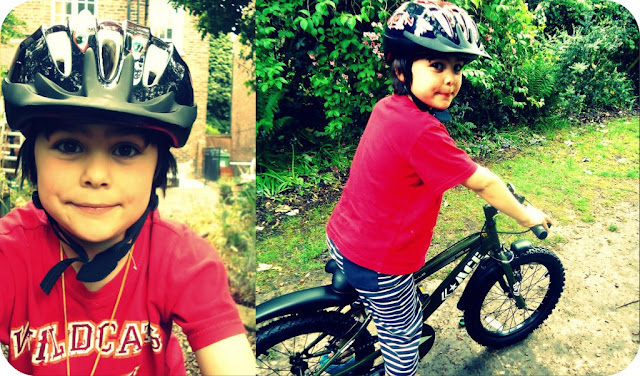 Meanwhile son #2 was mighty fed up today (worried about school - too annoying) so Pa decided what they needed was, what Kenzie called, a 'Dad and Lad' project!
Todays plan was to build a more permanent 'area' for Ned, that the ducklings could also share for their stay with us.
I suggested that this might be something Kenzie could photograph, befores and afters etc, then do a guest blog here tomorrow. He was thrilled with this idea and took lots of pictures.
Unfortunalty I think he's directing some kind of horror movie and seemed to spend the remaining part of the afternoon re-enacting a severed finger incident.
Now wondering if he has any concept of my blog - and wishing I'd offered more high direction! We'll see...
I've promised (Koralee) more pictures of said ducklings - they really are very funny to watch, but impossible to photo! 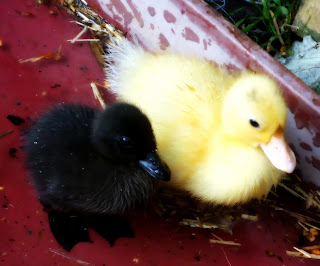 They are inseperable at the moment and literally go everywhere together.
Lola (blond) seems to be growing by the hour and is seemingly in charge. 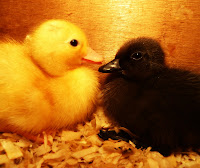 Today Elaine from Northern Highlights sent me a 'versatile blogger' award, for which I am v grateful! I'm adding it to the 'stylish blogger' one that Emma from Sylvie's Garden gave me in FEBRUARY! Having to think of 7 facts about myself makes me suddenly instantly dull (epecially when my pal made hers SO funny...you raised the bar Jane!) I'm going to endeavour to complete the task in hand, and pass it on, before the end of the week! There...a promise in print.
Finally, speaking of Jane...I made a small purchase from my amazingly talented friend's beautiful shop, the loveliness of which I wanted to share! 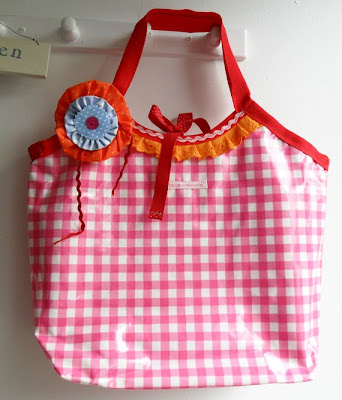