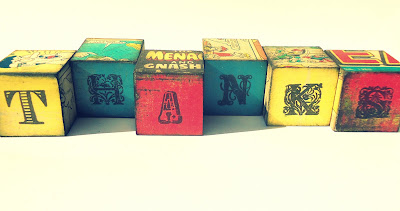 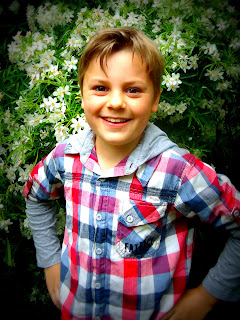 Firstly, a HUGE thanks to everyone who took the time to read and comment on Kenzie's guest post yesterday!
As you may know Kenz hasn't had the easiest start in life and was treated for a very rare form of cancer for two (long!) years. The disease has a high recurrence rate but is one whereby the longer you have without it coming back the less likely it is to return.
He was just the bravest boy and the way he handled his illness and treatment made (and continues to make) us very proud.
You will be pleased to hear that he has been clear for 5 years now  - and although he has some weirdy hangover health issues is generally fit and well.
The biggest issue for Kenzie at the moment is school - for annoyingly beurocratic reasons too boring to go into  -   he has had to jump a year. It's been a bit of a struggle and more than anything it's knocked his self confidence.
We don't really talk about his illness much - for no other reason than we never wanted him to be defined by it. But I wanted to say that the little mini blog he did was a great boost - and something he definitely wants to do again - especially after the encouragement he recieved! So thanks! 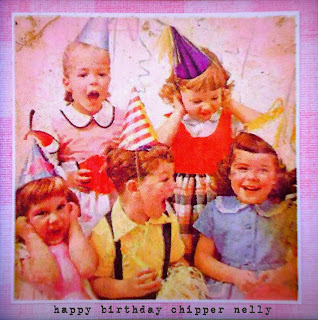 Anyway, back to less important things...
It's been a year today since I set up my little business that is Chipper Nelly. I can't quite believe I ever did it, or that I'm still doing it (v low attention span...)
I'd talked about 'doing something' for years but this time last year Cleggy and I simultaneously decided it was time to  work for ourselves.
I've learnt so much over the year and despite a couple of wobbles have thoroughly enjoyed it. Both becoming self employed (with a larger than sensible mortgage!) has been tricky at times but a year in I'm glad to say it was the right decision. We seem to be working day and night, but we expected that, and the upside is that we also have more time together as a family.
(Incidently Cleggy has an Education Consultancy - specialising in Early Years. One of his biggest passions is for engaging boys. His blog is here if you are in that line of work...or just interested!)
After enjoying making my 'for like ever' sign I've made another version for the shop 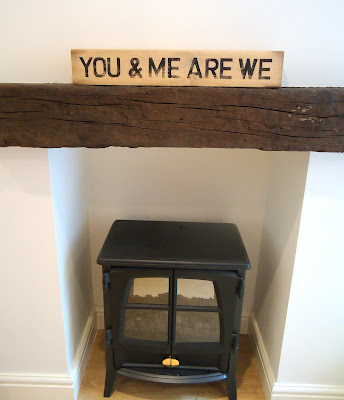 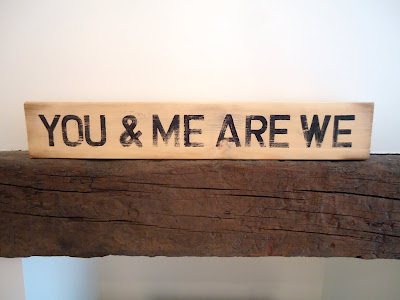