Fancy a coffee at mine? 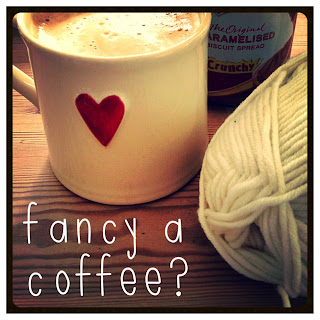 On Wednesday morning at about ten past 8 I caught one of the first Macmillan Cancer Support
TV adverts for this years
'worlds biggest coffee morning'.

By 8.30 I was having a small panic (and wondering if I should have checked with Cleggy first) and by 8.40 I was late for the school run!

However, I knew deep down it was a good idea and that if I spent longer than 2 minutes thinking about it I would never do it.

So, if you are remotely local
(we are about 10 miles south of Manchester in a town called Timperley)
and happen to be free on
Friday 27th September
please pop in and say hello.

I will, of course, be making more plans nearer the time and thinking of ways we can raise more money by sharing our crafty wares/cooking skills.

Incidentally  Cleggy thought it was an ace idea, although didn't seem too concerned that he was working that particular day! If you can't make it maybe you could join in the virtual coffee morning by sharing a photo of your coffee (and cake) and making a donation on the day. 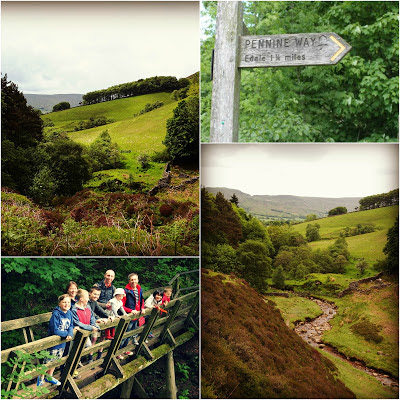 Other nice things going on here lately - we spent Father's Day taking a walk and a picnic in the beautiful Peak District with Emily and her family. It's an area we have never really explored and I can't believe we haven't - it's stunning.
We parked in the picturesque village of Edale, which is the start of The Pennine Way, and walked for a couple of miles before stopping for lunch and some sort of Lord of the Flies type play by a stream. 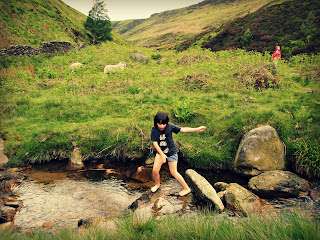 The Teen was initially reluctant to join us (his brothers and Emily's boys are younger - so why would he want to remove his headphones and actually PLAY with them?!) but soon found himself having great fun organising the games and losing himself - I sense these days are precious!!


The younger boys had no such qualms and at the sight of water stripped down to their pants and....got in!

Then played Frisbee - as usual. 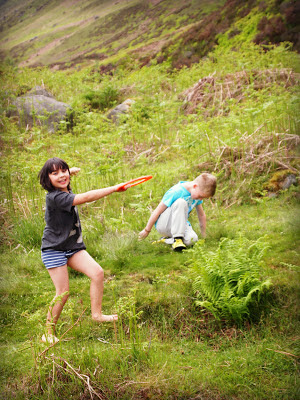 We finished the day with a pint and some chips...and a little sunshine. Bliss. 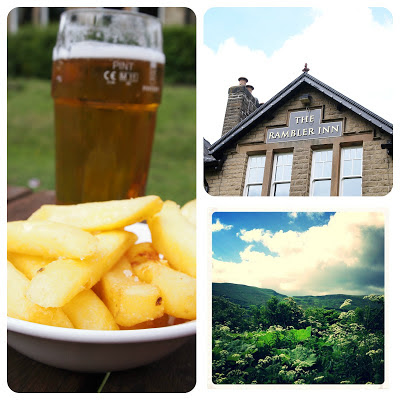 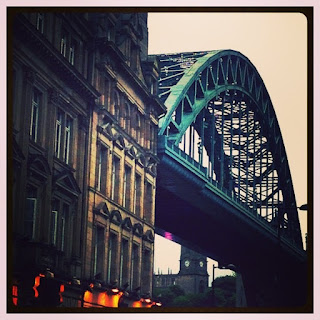 It's ages since we've been to the city and I had quite forgotten how ace it is. It was a bit of a weird trip as we hadn't planned to take the boys but needed to at the last minute. Unfortunately we couldn't all get in the same hotel (Rhianna in town at the same time - it was the place to be) so while Cleggy and a couple of the boys lived it up in a lovely central hotel me and Kenzie were in THE roughest travel lodge I've ever stayed in on the outskirts of roughsville.
(notice how I didn't Instagram THAT!!)


We did manage to meet in the middle for tea 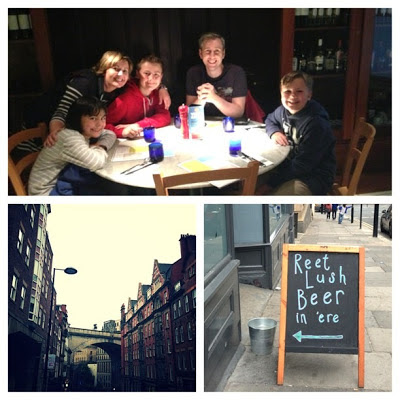 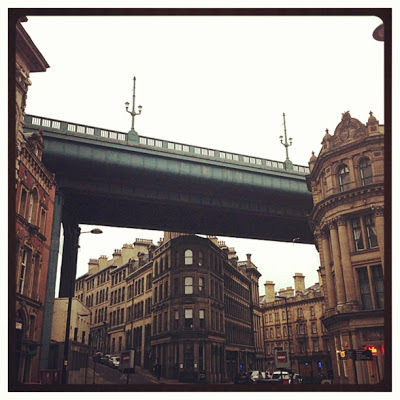 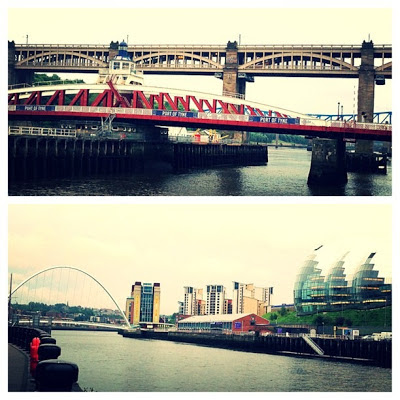 We thought we would be clever and take a photo of us in front of the Tyne bridge but after at least 10 attempts this was the best we got:
We couldn't go home without a quick visit to see Great Granny Long who had just come out of hospital and is a marvellous 93 years old. I think we wore her out in the 15 minutes we were there but it was lovely to see her home
(and wrapped in such a tasteful crochet blanket!!) 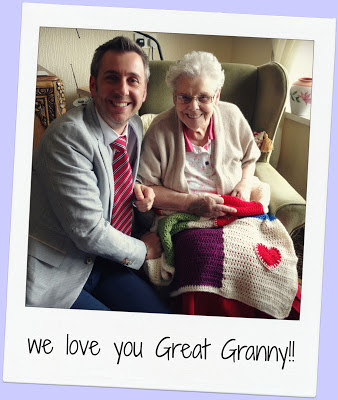 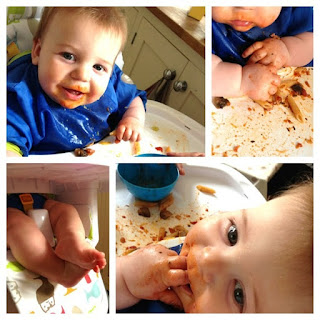 Back at home we've had the little people in the family over again this weekend and have all enjoyed their company. Wilf is just a big fat ball of squeezable boy and Mabel is funny and full of 2 year old charm. She's also great for Cleggy to try out new ideas on - this weekend it was a new play dough recipe involving shampoo (see here for blog post with recipe) 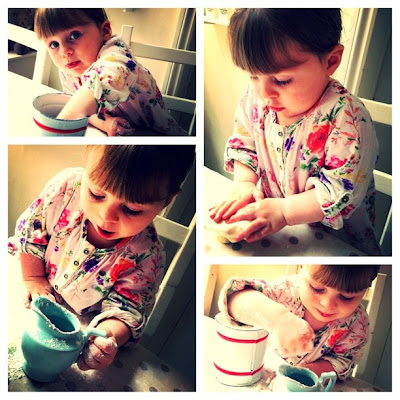 The garden has really started to bloom over the last couple of weeks - and there have even been 1 or 2 opportunities to sit out in it, as if it was really summer. 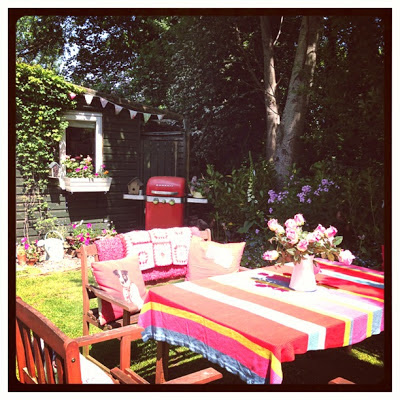 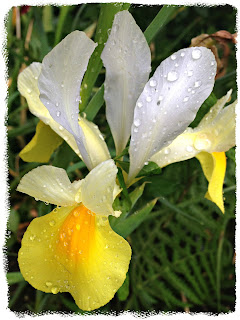 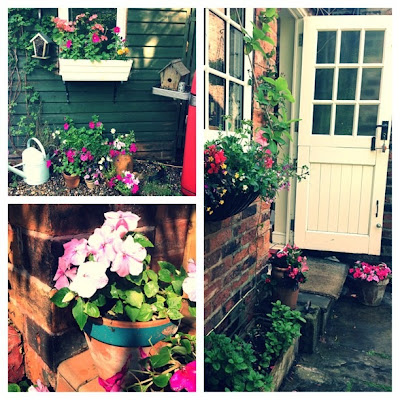 My shop is finally back open for business - although I've limited my products as commissions are taking up more and more time.

Here are some of the things I've made recently 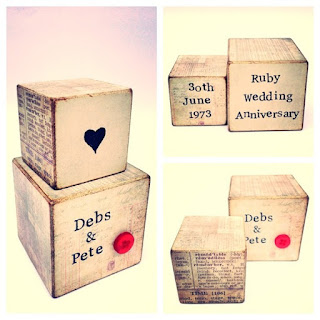 Blocks using a well known comic, for male teachers
(email me if you want one, chippernelly@hotmail.co.uk) 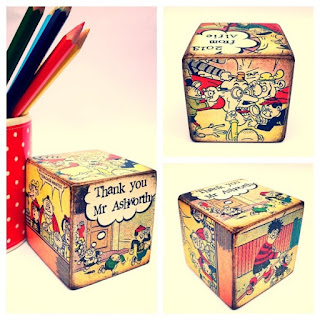 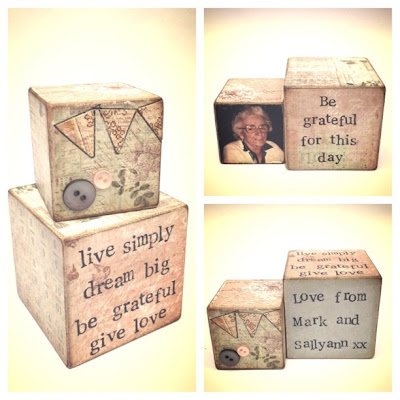 I also 'made' a new home for towels. I say made, but Cleggy made it for my birthday a couple of years ago and it's been waiting for it's rightful home. The photos don't do it justice but the outside is covered in Pip wallpaper and the inside postcards and old photos of my family. 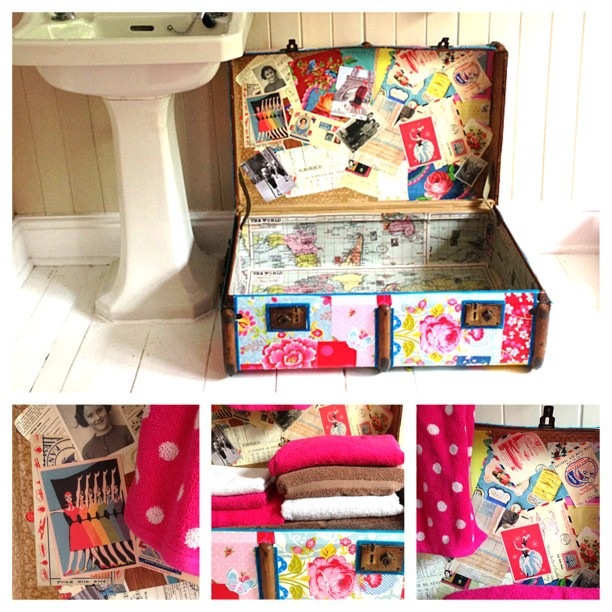 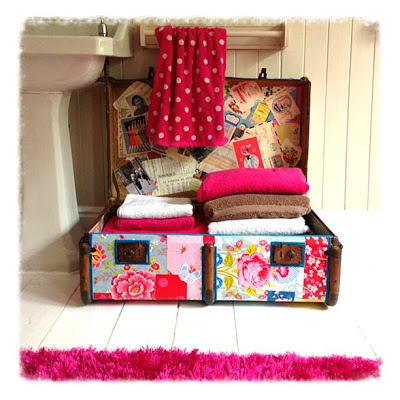 The couch to 5K is still going well - although I made a BIG mistake a couple of weeks ago and decided I would try a much longer stride. I felt like my running was barely faster than walking and wanted to increase the distance.
My ankles, however, did not agree with this new strategy at all and swelled up like balloons. Despite ice,heat,ibuprofen and raising they took a week to feel normal so set me back a bit. Since then I've gone back to my original style and have decided to keep working on the stamina - I'll work on everything else when I can actually run 5K.

Have I lost any weight? Not really, but I feel much much better. Stronger and more energised.

Yesterday my run included a 20 minute run - I was convinced I couldn't do it - but did. I still can't believe I can run for 20 mins. Especially still I essentially still weigh 12 stone and (surprisingly!) am still 5ft!!!