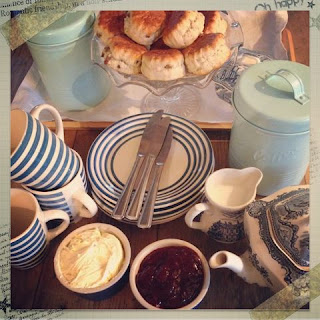 When Cleggy was offered some work in Cornwall, which happened to fall in (2 of) the boy's school holidays, we jumped at the chance. Our cottage for the week was just south of Falmouth - a coastline dotted with beautiful beaches walkable from the front door.                           We very nearly didn't make it as the 7 hour journey down included serious snow drifts (the sort that suddenly make the inside lane of the motorway unusable), hail, freezing fog and a fair amount of wind.
Needlesstosay the cream tea laid out for arrival went down very well. 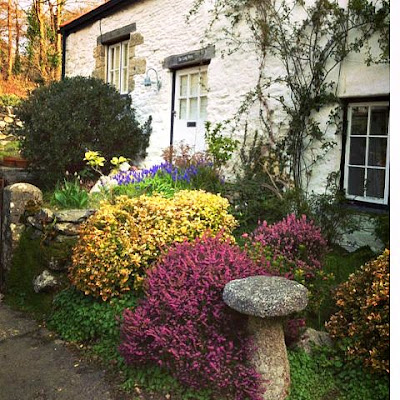 The cottage was called 'An Laity' (Cornish for Dairy) and was over 400 years old. It was pretty and quaint - but man it was cold! We huddled round the log burner like it was the middle of winter. The owners were really friendly and made us all feel welcome. 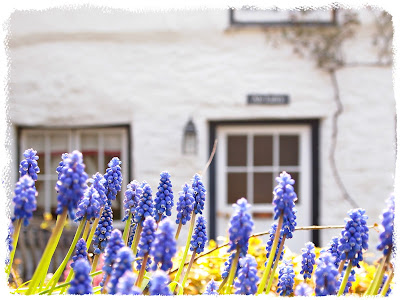 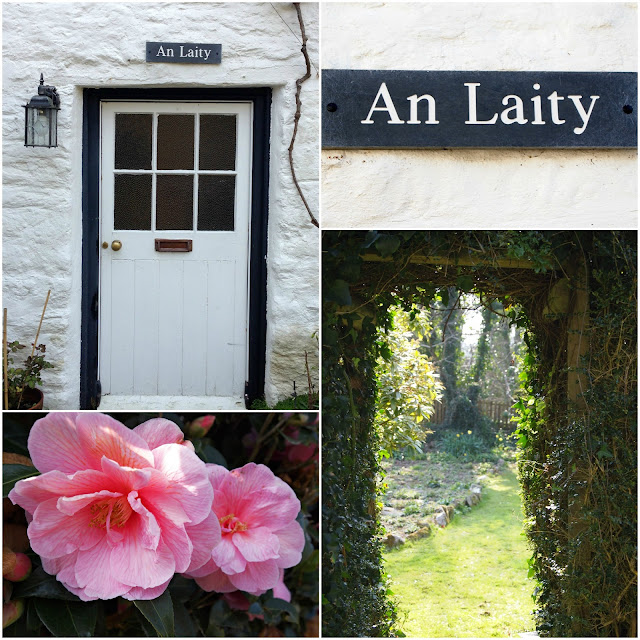 While Cleggy was working we did very little (so he didn't feel like he'd missed out) but it was only for 2 days.
His second day was in Porthleven - a lovely little village half an hour away. We tried to play on the beach but it was teeth chattering weather, so took to a lovely cafe called SeadriftW 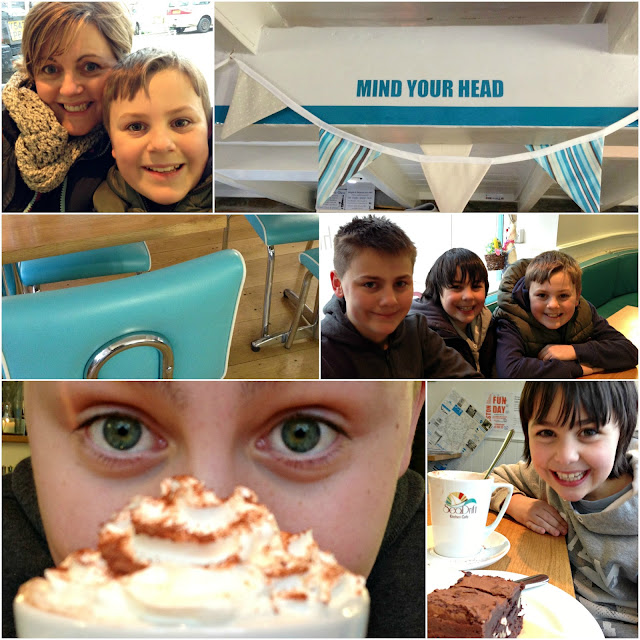 e We would have stayed for tea but they were fully booked - on a miserable Tuesday evening - must be good!

Falmouth itself was nice for a gentle mooch - and the snow MADE us take cover in another lovely place - Dolly's tea room and wine bar
You know when you are met by a festive twig covered in vintage china and a dog wearing a string of pearls that you're going to feel right at home... 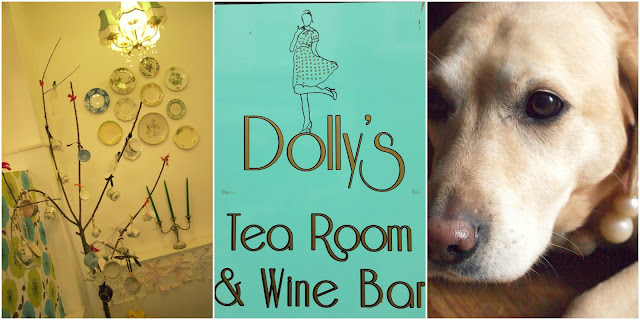 I might go as far as to say it is in my top 5 favourite cafes of all time! We shared a selection of cake and tea - the best being a lavender treacle tart (with clotted cream, natch) 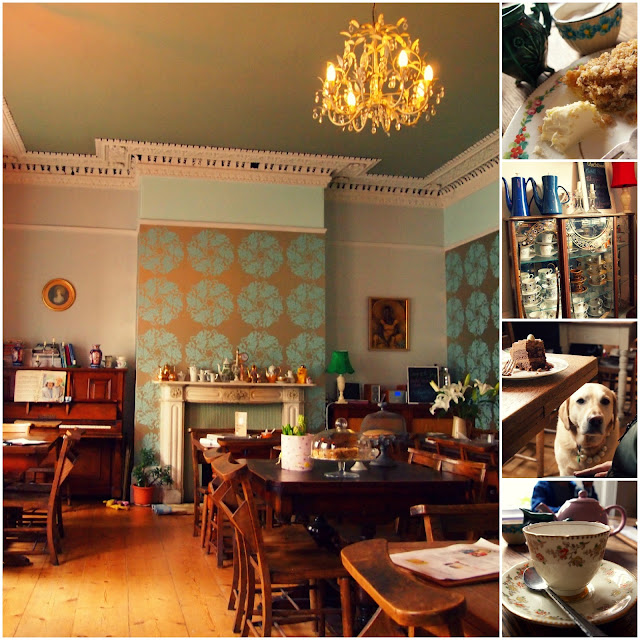 In the evening they have live entertainment at the piano and serve cocktails from vintage teapots...bliss.
The rest of the time was spent walking the South West coastal path, in search of good rock pooling and good food. We found plenty of both.
Our favourite cafe was on Gylly beach: 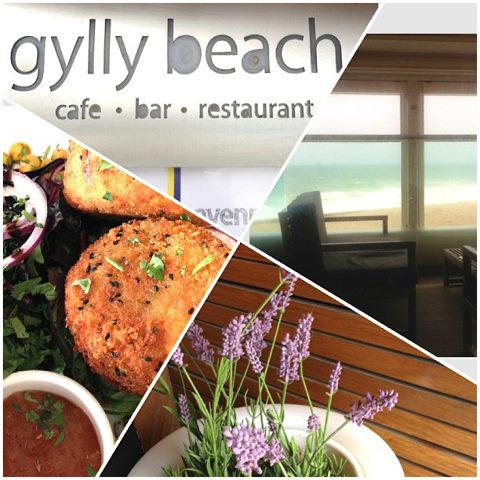 closely followed by a sunny walk to The cove on Maenporth Beach. 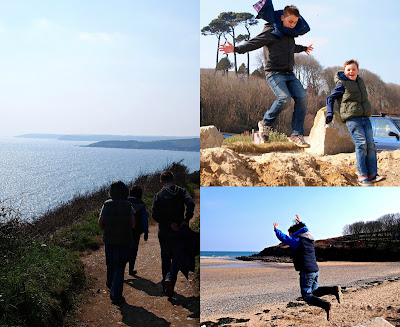 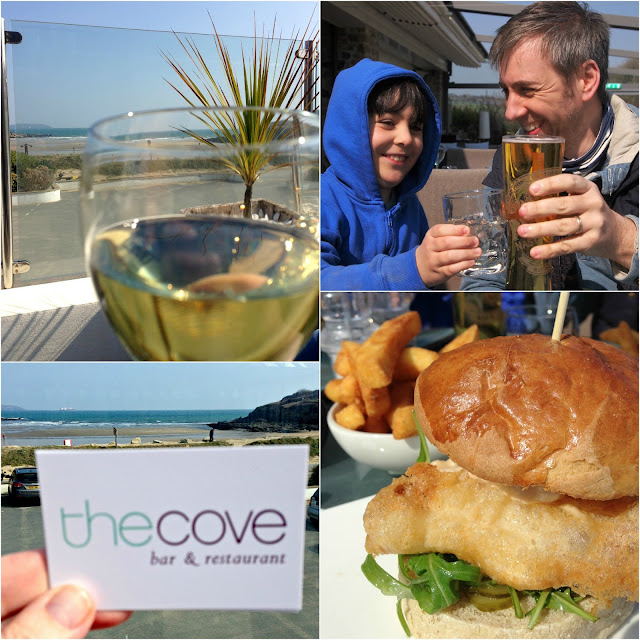 Evenings were spent in front of the fire
blanket on knees like the old people we are! 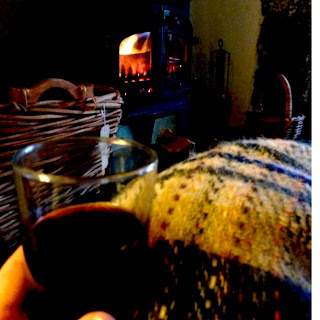 playing the odd game of cards 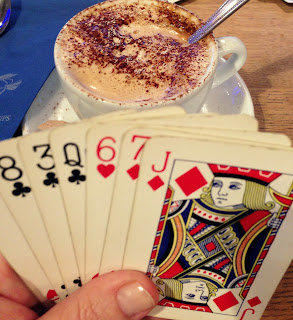 and indulging in some crafty making....I pimped some jeans 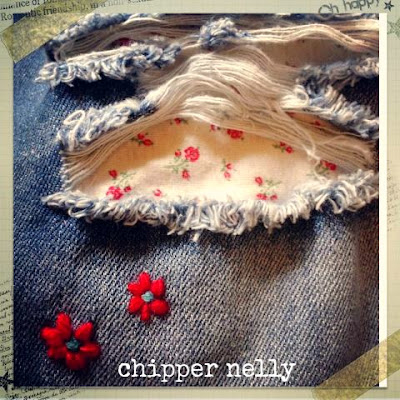 (the floral fabric is a cheap pair of knickers from the local Asda - great for behind the knee patches as it has stretch!!)
...and a pair of leg warmers 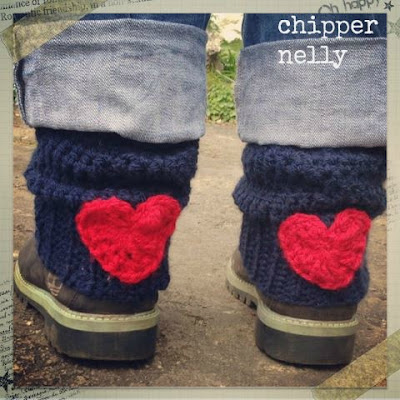 I love them - but the ripped jean/leg warmer combo made Cleggy hum Bros songs to wind me up.
It did!
I also made a MAAASSSSIVE cowl for him - then decided I liked it for me so declared it a shared cowl. 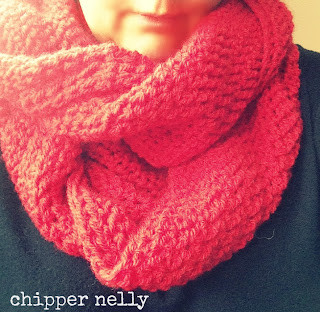 We always have a chippy tea on the night before going home and Good Friday was deserving of a treat - so we headed to Rick Steins 'Fish'. It was DE.flamin.licious. 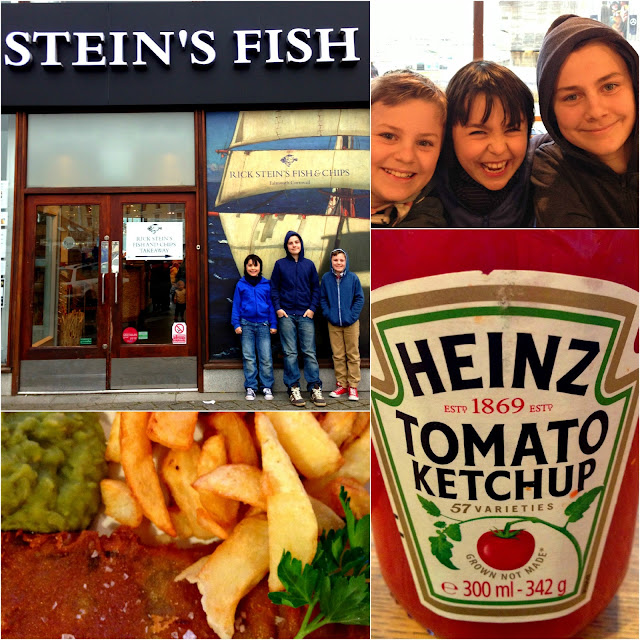 We all loved the little stretch of Cornwall we saw - although I don't think we saw it in it's best light. Despite being well prepared (for once) with lots of layers and hats/gloves it was just too cold to spend much time anywhere other than indoors.
The following day we moved on round the corner to Devon - photos to follow.
Fee x
Posted by fee @ chipper nelly at 16:00